THE STREETS OF LA PAZ

We stayed in La Paz almost a month.  I was not at all enamored with this city when we first arrived.  It is in such disrepair, has myriad unfamiliar smells, many of them unpleasant, and there did not seem to be much to do except walk the Malecon.  As the days turned into weeks we explored the neighborhoods, the town, and the Islands off La Paz.  I tried to put aside what is not pleasant, enjoy what is, and be open to the differences.  A good friend who travels extensively once told me “If you want it all to be like home you might as well stay home.”  She is right, of course.  You will never have the opportunity to understand other cultures and values unless you venture off the beaten path, see where the people live, and patronize their neighborhood cantinas and tiendas.  And what is glaringly apparent to us is that life is very good in the U.S.!  Here the poor condition of the roads, the sporadic availability of electricity, water of poor quality or the lack thereof, is the norm, and we have only seen the city within a few miles of the marina.  Farther out of town there is no electricity or running water, except for the wealthy.

The one thing that is constant here is the graciousness, patience, friendliness, and beauty of the people. We are always greeted with a smile.  Our routine, although sporadic, has been to work on projects in the mornings and then walk the neighborhoods in the afternoons, after siesta and before dinner.  It is our attempt to immerse ourselves into the real life of La Paz .  On these walks we are constantly warning each other about height changes in the sidewalk or a missing cover over an open hole.  It is not unusual in the distance of one block to encounter a drop off of 6 inches to a foot, then a ramp leading to a couple steps down, then a smooth sidewalk ending at nothing but dirt and a curb.  Often a piece of rebar or metal strip is hiding just above the surface to grab a toe.  It is very difficult to take in the surroundings when you really need to be looking at your feet all of the time; it’s best to just stop if there is something to look at.  More than once we have jarred a few vertebrae by an unexpected downer. There is a street outside the marina that just ends and drops about five feet to the water; no barricade, no reflectors, no lights.  It seems everyone takes responsibility for their own well being and safety. 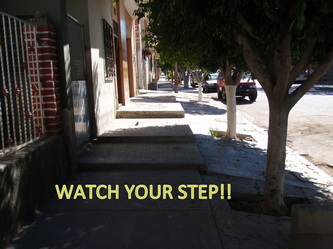 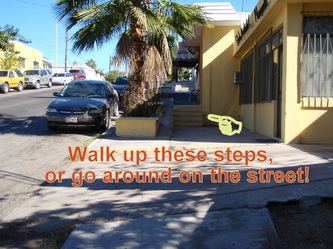 THE NEIGHBORHOODS
We have maps with street names but it is very common for the street signs to be missing or bent and broken.  We often have to count the number of blocks we’ve walked to know what street we are on because the signs may be missing from two or three streets in a row.  The residences vary from a jaw dropping meager shack to a newly painted, tidy home with a garden – often right next to one another.  It is common for the yards to be of dirt, but many are raked and very tidy. 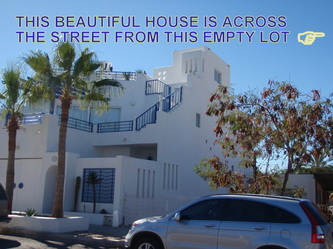 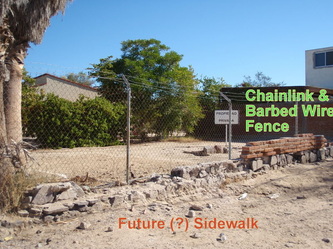 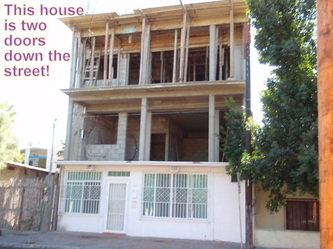 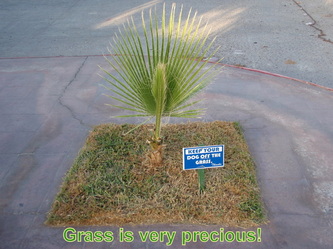 So many friends expressed their concern for our safety in Mexico because of all the news of crime and violence reported in the U.S. media.  I have walked through many neighborhoods during the day and night and never once have I felt afraid.  I took a new route back from the grocery store one day and ended up at a dead end street, so I chose to take the nearest way out, which was down a dirt alley with the poorest dwellings I have ever seen; I felt a little like I was invading the privacy of these people.  It certainly defined “dirt poor.”  A toddler was riding a broken toy and I came upon an elderly man who looked very puzzled at my presence; but I smiled and said “Buenos tardes” and he responded with a pleasant smile on his face.  Another time Bob and I were walking through a graffiti infested neighborhood when a couple of young men, who looked a bit menacing, came toward us. We smiled and said “Hola” and one responded by throwing up his arms and saying in English “Welcome to my neighborhood, this is my street, the best street in town.”  We all laughed.

THE MALECON (Breakwater)
We have enjoyed the many personalities of the Malecon.  It is such a great place to people watch and get a taste of La Paz activity.  It stretches the full length of the downtown water front - about 15 blocks.

It seems to be the gathering place for all ages. The teenagers cruise up and down the street in their cars, the younger kids ride bikes or roller blade, and parents walk the toddlers or push their babies in strollers.  There are hotels, restaurants, sidewalk vendors, a bus station, gift shops, ice cream stores, and bars galore.  This is where we watched the Revolution Day Parade. (See pictures of the parade in the photo archives - click here)

We love the many sculptures that line the Malecon.  My favorite is what I call the Boatman, the real title of which is “The Old Man and The Sea.”  The artist captured a true sense of childlike glee in this adult figure.  The face on the man is incredibly sweet and genuinely happy.  He is barefoot, “wearing” a boat that replicates his paper hat, and is staring out to sea.  He brings a smile to everyone who passes by. 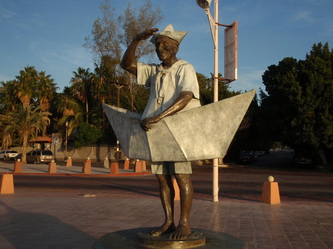 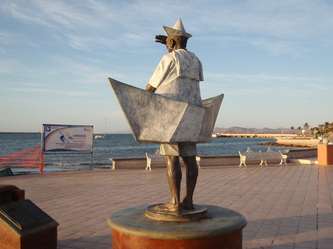 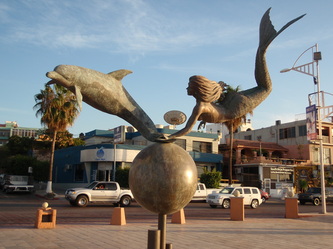 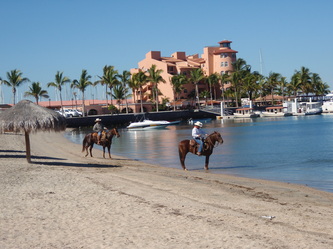 THE MUSIC
We mistakenly referred to the music we most commonly hear in La Paz as "Mariachi," but were told it is called “Banda.” Mariachi is actually from Jalisco, while Banda is more from Baja California Sur.  When I looked up Banda music in Wikipedia it told me something altogether different. So, from my first hand experience I can tell you that the music here is knee slappin’, hand clappin’, toe  tappin’,  fun music.  Whether slow or fast, a romantic song or happy song, it has a polka beat and always includes an accordion, guitars and everyone sings . . . loudly!

Our very first encounter with the music was while we were on our initial exploration of the neighborhoods, not far from the marina.  We stumbled onto a tiny cantina and heard this great music coming from inside.   But it was such a little place, and there were only men inside, so I didn't know if I should go in.  A guy sitting outside on the curb, a Canadian who lives in La Paz, said we should go in.  He explained how the bands travel around from one cantina to the next, staying as long as someone pays for a song!  So, we went in and found a seat. Guys are drinking straight shots at 1pm!  We had the best time. We drank beer and paid the band to play two songs.  Then the bartender's wife drove up, parked at the curb, he went out and grabbed a big pot, a terra cotta tortilla holder and 2 huge bags of limes.  The next thing we know he is serving everyone in the cantina this melt-in-your-mouth beef on rice - on the house! We had another beer, and a second band came in and we paid them for a song.

On one of our early evening walks Bob decided to” follow his ears” so we walked up a street in a rundown neighborhood toward some very happy music.  Even from about 20 feet away we weren’t totally sure where it was coming from because we could see only an empty lot next to a shabby palm leaf covered wall and roof and houses beyond that. As we approached the palm leaves we saw a doorway and inside were about 20 tables with couples, families, and a few groups of young men drinking beer and enjoying the music.  A customer sitting closest to the door saw our hesitation and immediately motioned us to come in.  We could not understand the words but “smile and point” is an international language. We were the only “gringos” in the place!  I drank four beers (an all time record for me), ate food I could not identify (a real no-no with me), and danced with two of the customers.  When the first one asked me to dance (the guy who waved us in), some of the other customers motioned Bob to go dance with the wife of the guy I was dancing with. The whole place was laughing and clapping for the gringos dancing with the locals!

Then Enrique asked me to dance, showed me the proper hand hold, leg positions and quick back and forth motion. “Aye, Yi, Yi, Yi!”  He was a twenty-something babe, but he came back for a second dance so I guess I did okay. Ole!  Bob and I danced and everyone clapped and smiled again. Every person in this place knew the words to all the songs and sang along at the top of their lungs.  I was so disappointed I didn’t know the words because I could have sung out loud and no one would have known I can’t carry a tune!  We kept smiling at the couples next to us, they kept smiling and nodding at us, all of us clapping and tapping our feet.  It really was magical and so, sooo much fun!  (And darn – we left the camera on the boat!)  We handed out a few boat cards and used the few phrases we know about coming here on a sailboat.  When we left everyone, including the band, waved and bid us “Adios” and “Muchas gracias.”  Such a fun night!